Chinese martial arts, referred by Mandarin Chinese as Wu Shu and also popularly known as Kung Fu, are a number of fighting styles that have developed over the centuries in China. Kung Fu is a Chinese term often used in the West to refer to Chinese martial arts. Its original meaning is somewhat different, referring to one’s expertise in any skill achieved through hard work and practice, not necessarily martial. Wu Shu is a more precise term for general martial activities.

Ancient depiction of fighting monks practicing the art of self-defense 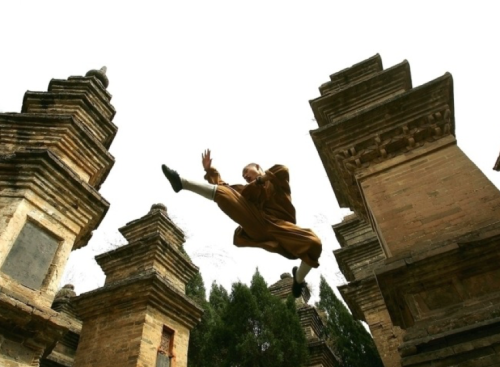 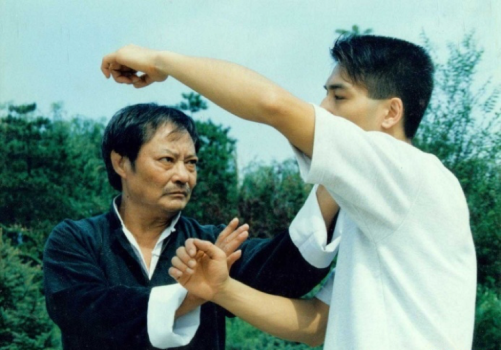 China has a long history of martial traditions that includes hundreds of different styles. Over the past two thousand years many distinctive styles have been developed, each with its own set of techniques and ideas. There are also common themes to the different styles, which are often classified by “families”, “sects” or “schools”. There are styles that mimic movements from animals and others that gather inspiration from various Chinese philosophies, myths and legends. Styles which focus on “qi” (energy flow) manipulation are labeled as internal, while others concentrate on improving muscle and cardiovascular fitness and are labeled external. Geographical association, as in northern and southern, is another popular method of categorization. The Basics are a vital part of any martial training, as a student cannot progress to the more advanced stages without them; Basics are usually made up of rudimentary techniques, conditioning exercises, including stances. Basic training may involve simple movements that are performed repeatedly; other examples of basic training are stretching, meditation, striking, throwing, or jumping. Without strong and flexible muscles, management of Qi (energy flow) or breath, and proper body mechanics, it is impossible for a student to progress in the Chinese martial arts. A common saying concerning basic training in Chinese martial arts is as “Train both Internal and External”. External training includes the hands, the eyes, the body and stances. Internal training includes the heart, the spirit, the mind, breathing and strength.

Traditional Chinese schools of martial arts, such as the famed Shaolin monks, often dealt with the study of martial arts not just as a means of self-defense or mental training, but as a system of ethics. “Wude” translated as “martial morality” is from the words “wu”, which means martial, and “de”, which means morality. “Wude” refer to two aspects, “morality of deed” and “morality of mind”. Morality of deed is about social relations. Morality of mind is meant to cultivate the inner harmony between the emotional mind and the wisdom mind. The ultimate goal is to reach “no extremity” (closely related to the Taoist concept of “wu wei”), where both wisdom and emotions are in harmony with each other. Aileen & Norman co-founded Interact China in 2004 with specialization in fine Oriental Aesthetic products handmade by ethnic minorities & Han Chinese. Having direct partnerships with artisans, designers, craft masters and tailors, along with 12 years of solid experience in e-commerce via InteractChina.com, we are well positioned to bridge talented artisans in the East with the rest of the world, and directly bring you finely selected products that are of good quality and aesthetic taste.

P.S. We Need People with Similar Passion to Join Our Blogging Team!
If you have passion to write about Oriental Aesthetic in Fashion, Home Decor, Art & Crafts, Culture, Music, Books, and Charity, please contact us at bloggers@interactchina.com, we would love to hear from you!